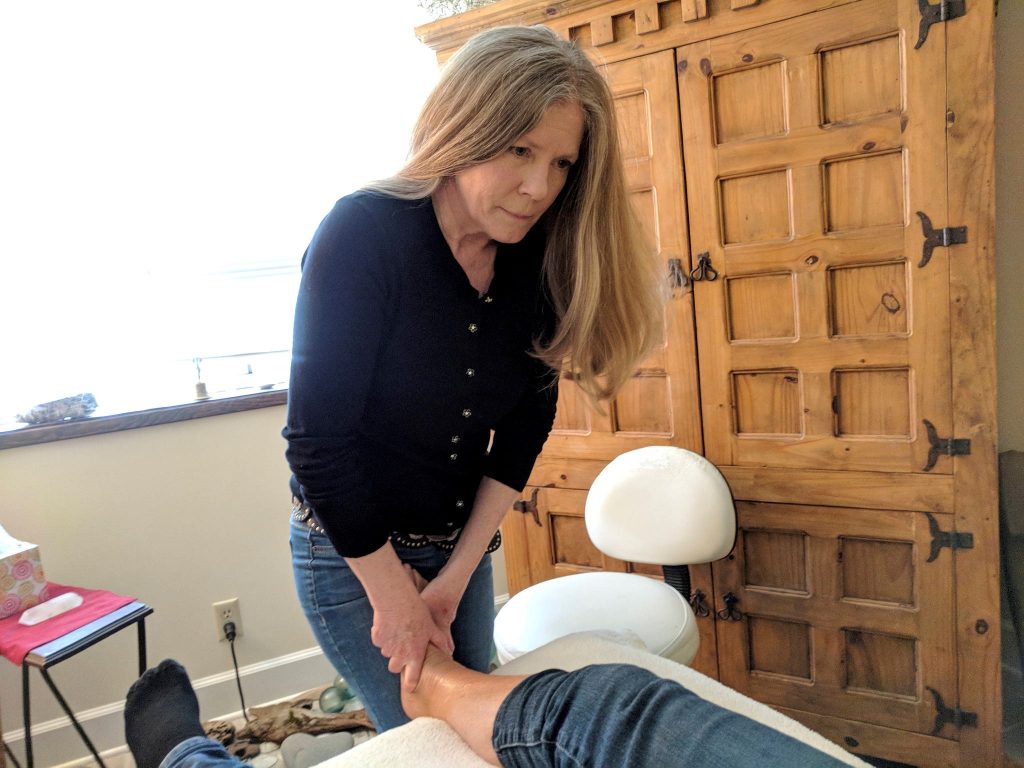 Release the pain and get back to doing the things you love.

Sometimes, conventional treatments leave ailments, well, ailing. Creams, physical therapy and massage could come up short and leave one final drastic option — surgery. And even then, some people have ailments that cannot be addressed with surgery.

It’s persistent pain, and it’s a problem for many people.

Felisa Holmberg, a lifelong Aberdeen resident, understands persistent pain all too well. The 1977 Aberdeen High School graduate said she spent years in pain before she sought a solution.

“My pain sent me looking for help just like everybody else,” Holmberg said.

The path of her solution led her to “Rolfing,” a contentious practice that aims to manipulate the connective tissue in the body.

“I ended up on a Rolfers table and I knew right away that it was different,” she said. “I’m in way better physical health now at 58 than I was at 20 from injuries.”

While the practice looks similar to massage, from the layman’s perspective, Rolfing does not specifically work muscles like massage. Rolfing also doesn’t use oils, other than a lite layer “to make the skin more malleable,” Holmberg explained.

Holmberg found her solution in Boulder, Colo., and with her pain finally gone, she decided to study the technique and bring it back to the Harbor. Following a year of training at the Rolfing Institute, she earned her Rolfer certificate in 2005. Following more than a decade of practice in Aberdeen, Holmberg recently opened a new office in Montesano.

Since learning the technique, Holmberg has helped numerous people through Rolfing.

Brenda Sansom of Lake Quinault has been Holmberg’s client since about 2007. An ice skating accident left her with eight years of persistent pain.

“I’m not an ice skater so that’s why I had an accident,” Sansom says. “It was like a bad whiplash.”

She tried massage and a chiropractor, but they couldn’t alleviate her pain. After reading about Holmberg’s work in The Daily World, Sansom scheduled an appointment.

“After the third visit, I woke up the next morning out of pain for the first time in eight years,” Sansom said.

A hairdresser by trade, Sansom has made many referrals to Holmberg.

Holmberg says it’s become a passion to help heal the pain of others.

In recent years, Holmberg has been perfecting a technique to address Brown Syndrome in children.

“I can feel the pattern of the brain inside the head. It takes about an hour to release all the adhesions, and it will release the brain so the brain will float. When the brain floats, it’s no longer pulling on the eyes, so it lets the eyes have the freedom of movement again,” Holmberg explained.

Rolfing, however, is not without controversy. In some communities it’s considered a pseudoscience, and there is some concern that Rolfing techniques applied to tumors could exacerbate the conditions.

Even in the U.S., there is some disagreement as to how to classify Rolfing. In Montana, Holmberg was able to see clients using only her Rolfing certification and license. In Washington State, Holmberg must keep a massage license, though she is not trained in massage.

For more information and client testimonials about Holmberg, visit www.therolfer.com.